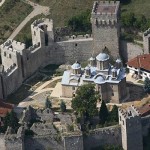 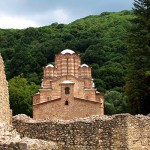 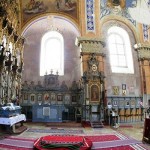 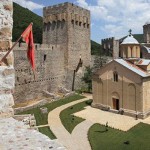 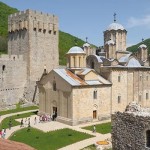 A small guide through Serbian monasteries and medieval Serbia

The beginners of the monastery are monks, loners who spent life in fasting and prayer devoting themselves to God. The first monastic groups originate at the beginning of Christianity, and especially after the Milan edict in 313, proclaiming the freedom of that faith.

The founder of the Serbian monastic life is Rastko Nemanjic, the youngest son of Stefan Nemanja, who went to the Holy Mountain and received a monastic postrig that received the name Sava. It is said that the monasteries Hilandar, who was raised by Sava on Holy Mountain with his father, and Studenica – the foundation of Stefan Nemanja, the father and mother of all monasteries in Serbia and places where Serbs live. 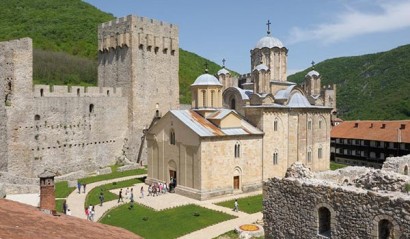 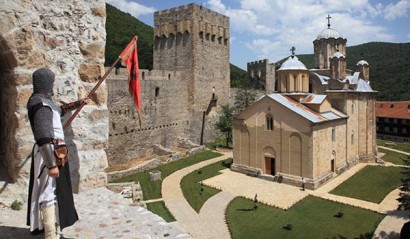 The monasteries were built most often in hard-to-reach places in order to enable the monastic community loneliness. Life in the monastic community took place according to the rules of the typology, since Sava Nemanjić, then Archbishop Sava, adapted parts of Evergeditic typology to Hilandar and Studenica, thereby establishing the arrangement and administration of the monastery and the order of worship, as well as protection from uninvited.

The architecture of the monastery followed the stylistic changes from the Byzantine heritage to date, fresco painting was at the time when the highest artistic achievement in Europe was created, and the monastic treasures were characterized by artistic and spiritual capital. Apart from everything listed, and perhaps it was supposed to be mentioned first, the Serbian monasteries were the main places of prayer.

In the price of the excursion, tickets are included in Resavska cave, transport, tourist guide services during the excursion. The price does not include lunch breaks as well as individual travel costs.

Departure from the hotel at the previously arranged time, (morning time, around 9AM) to Despotovac, and Monastery Manasija. Monastery Manasija is the endowment of the despot Stefan Lazarević, the construction began at 1407, and it was completed at 1418. The monastery church is dedicated to the Holy Trinity.

The whole complex has large walls around, which have served as a defence. It consisted of 11 towers, of which the tower of the towers, known as the Despot’s tower, stood out. Although only a third of the frescoes have been saved in the monastery, Manasije’s painting is one of the greatest achievements of medieval painting.

After visiting the monastery, we continue our journey for about an hour to the Resavska cave which is one of the oldest caves examined, it is about 80 million years old, and the oldest jewel found in it is 45 million years old. The cave’s length is 4,500m from which it is explored up to 2,850m and tourists can visit the area which is around 800 meters long. A tour of the cave accompanied by an expert local guide takes about 45 minutes.

After the tour we continue to the waterfall Veliki Buk or Lisine in eastern Serbia, on the slopes of Beljanica where we make a short break for lunch and break in one of the restaurants. The waterfall is located on the river Vrela, the right tributary of the river Resava. It is located about 380m of altitude, near the Resavska cave. According to the type of formation it belongs to accumulation waterfalls, formed by bigra accumulation. At the base, a not very deep lake was formed, surrounded by bigar blocks. Together with the spring of the river Vrelo it is under the protection of the state, as a monument of the nature “Waterfall Lisine” and as a facility of the geonavers of Serbia.

After the lunch break, we continue our journey to the monastery of Ravana in the duration of about an hour. Ravanica is a monastery in Serbia and is located at the foot of Kucajske mountains, next to the village of Senje near Ćuprija.

The Ravanica is the endowment of Prince Lazar, who died in Kosovo’s Battle on Vidovdan on June 28, 1389. The church is dedicated to Vaznesenju Gospodnjem and is surrounded by a defensive wall with seven towers. The Ravanica was built between 1375 and 1377. We continue the tour of the monastery and sightseeing. After that, we will return to Belgrade, the drive lasts for about 2 hours, arrival to Belgrade would be in the afternoon hours.

In the price of the excursion, tickets are included in Resavska cave, transportation and tourist guide services during the excursion. The price does not include lunch breaks as well as individual travel costs.